As of New Year's Day I will stop contributing to Life in the Banana Patch, my other blog. About as many people read that one as this one. I am making some money off ads on Wort's Going On Here?, my homebrewing blog, and on my Fredericksburg Texas events blog Fredericksburg Texas Info. I will move some of my ongoing rants here, so things will get a bit more political, but it shouldn't be too much of a change.

Posted by hiikeeba at 6:05 AM No comments:

To my Virginia cousins:

If anyone plans a drive to the Reunion in Talpa, Texas, please bring me a case of Old Dominion Oak Barrel Stout. It's been two years since I had one, and I am suffering withdrawals.

Posted by hiikeeba at 4:11 PM No comments:

See I told you so

Recently, the State of Texas raised excise taxes on cigarettes to $1 a pack to help fund education. The state reported that cigarette sales didn't decline as quickly as anti-smoking advocates had hoped, and had generated $244 million more than predicted.

What do the neo-prohibitionists say? The cigarette tax is a solid revenue stream and some of the income should fund cessation programs.

That the solid revenue stream should be pared down? Eventually, there will only be one or two smokers in the world, and they will be expected to fund education, smoking cessation programs, and children's health insurance. That way, no one else has to pay for it.

The only way that kind of tax will work to fund every desirable government program is if the government requires that everyone buy cigarettes. And if you want to criminalize tobacco and legalize marijuana, you are an idiot. It's not about the health risk. It's about someone else's morality.

Email ThisBlogThis!Share to TwitterShare to FacebookShare to Pinterest
Labels: politics 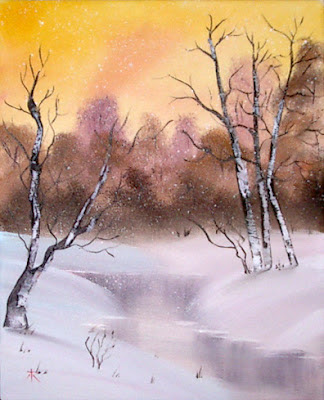 My friend Stacey called this coolest thing she had seen lately.

I miss my motorcycle.

Posted by hiikeeba at 4:35 PM No comments: 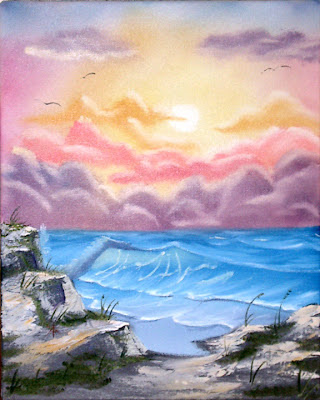 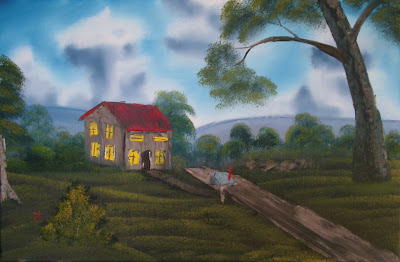 The tree on the right is waaay to big for the painting. I didn't see it when I was painting, though. The only clear idea I had when I started was to paint the house. And the mailbox. And I do like the trees in the background.

A friend told me it was surreal. Childlike. "Like a Marc Chagall in training," she said. She meant it in a good way, I'm sure.

I should've sketched it out first.

Posted by hiikeeba at 6:08 PM No comments: 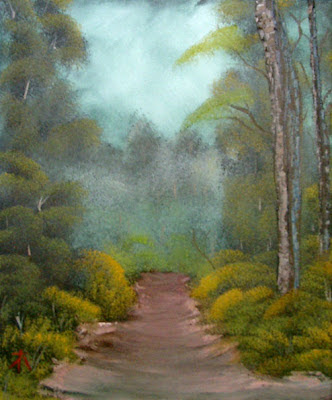 Posted by hiikeeba at 2:49 PM No comments: