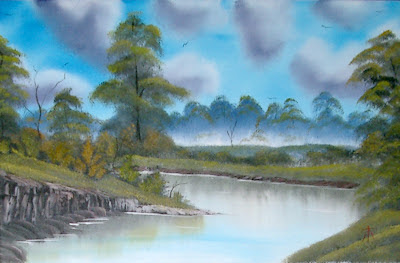 Posted by hiikeeba at 5:42 AM No comments: 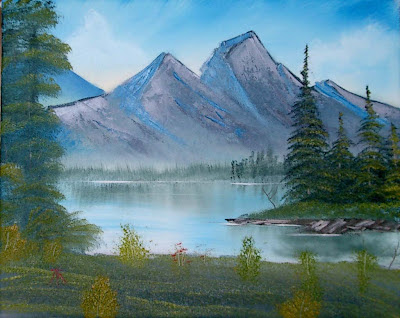 Posted by hiikeeba at 7:41 PM No comments:

Now that Donn's home from the hospital after his surgery, we can all exhale.

I have the first confirmed "Can't make it" for the reunion in August. Rodney's Eldest stepson, Shawn (or as we refer to him "Squid Shawn") has been deployed to Japan for three years. Obviously, he will not be able to get to Talpa.

For those of us who have been to Japan, maybe we can send him tips on where to go and what to see while he's there. I have asked my old Nagasaki Wesleyan Junior College friend Seiji Koyanagi, who currently lives in Fukuoka, if he would show Shawn his Japan. Seiji said he would. Though what a 40 year old man would show a 20 year old, and if a 20 yoear old would want to be seen with a 40 year old, remains to be seen. (Seiji is a talented caricaturist, and currently works in Canal City Hakata Shopping Center. If you are in the neighborhood. . .)

Posted by hiikeeba at 7:02 PM No comments: 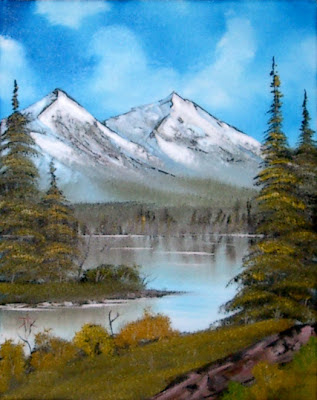 I know some of you are tired of me rehashing yet another Bob Ross scene.

Look. I can paint it in an hour or so. I don't have to spend weeks planning things, and then another month painting. I like to paint quickly and finish before I lose interest.

So here's the latest, composed at the easel.

Posted by hiikeeba at 5:30 PM No comments: 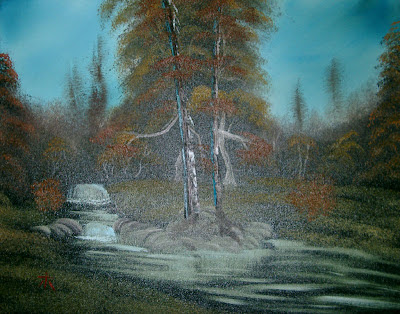 I finally got a chance to paint last weekend, and painted this river scene. The nature of the paint gives off this shiny spot on the canvas.

Posted by hiikeeba at 7:51 PM No comments: 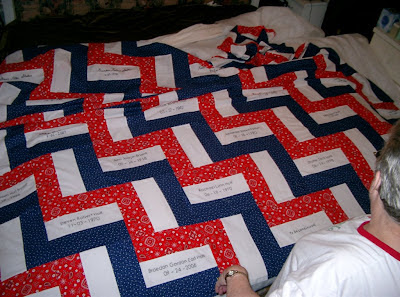 Mom has started working on the Reunion Quilt. It should be ready by the reunion. We will have a drawing to see who gets to take the quilt home on Saturday, August 2.

Posted by hiikeeba at 7:47 PM No comments:

After extensive executive consultations with Gary, the exact "official" dates of the Holt Family Reunion will be August 1 and 2. Gary and I plan to arrive on Thursday to begin preparations on the food, making as much stuff in advance as we can. We will have some food available, but won't serve an actual meal until Friday night. That gives Rachel time to stop at the Whataburger in Brownwood for lunch for her fix.

You are welcome to join us, but you may be drafted into doing some menial labor. Or you may watch Gary and I perform the menial labor. Admission for the show is beer.